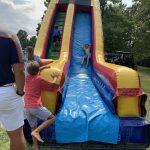 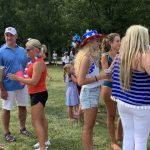 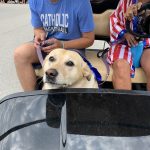 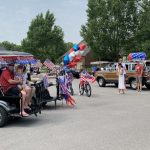 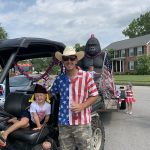 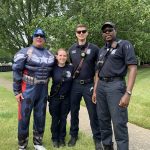 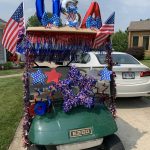 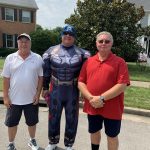 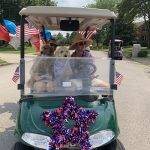 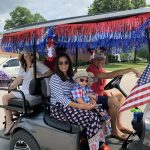 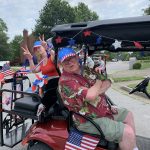 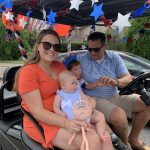 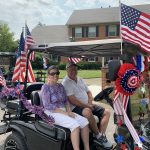 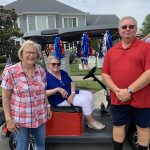 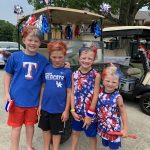 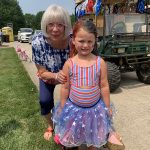 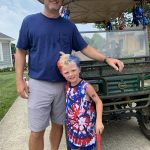 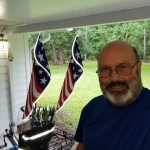 Greenbrier celebrated the 245th Birthday of the United States in grand style this past Sunday, the 4th of July! Over 30 golf carts decorated in red,white and blue, along with scooters, motor bikes and various other vehicles tooled around the neighborhood waving flags and delighting residents. Under the direction of Capt. America (Chris Thiel) and led by firefighters in their engine from local station #17, the parade ended at the Club parking lot, where kids enjoyed snow cones provided by your GRI as well as all sorts of activities, including a giant inflatable slide and games.

Prizes were awarded in the following categories:

A good time was had by all and promises to be an even bigger affair next year!