The June GRI newsletter has been mailed. 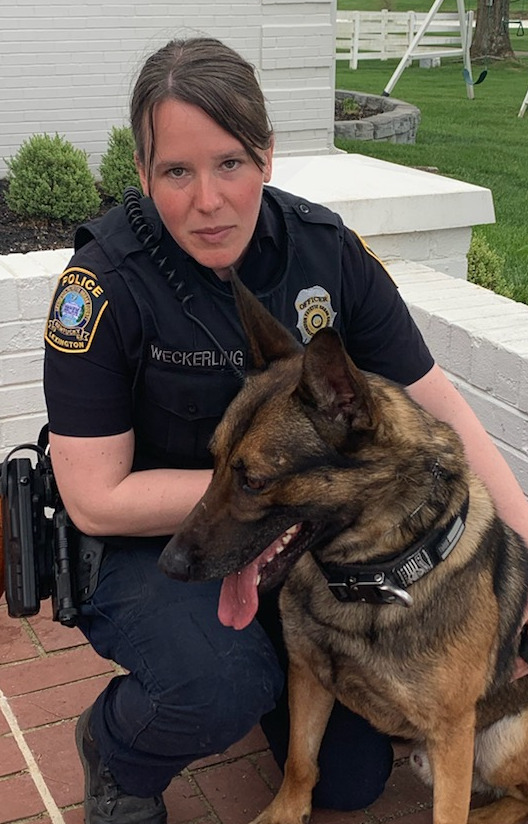 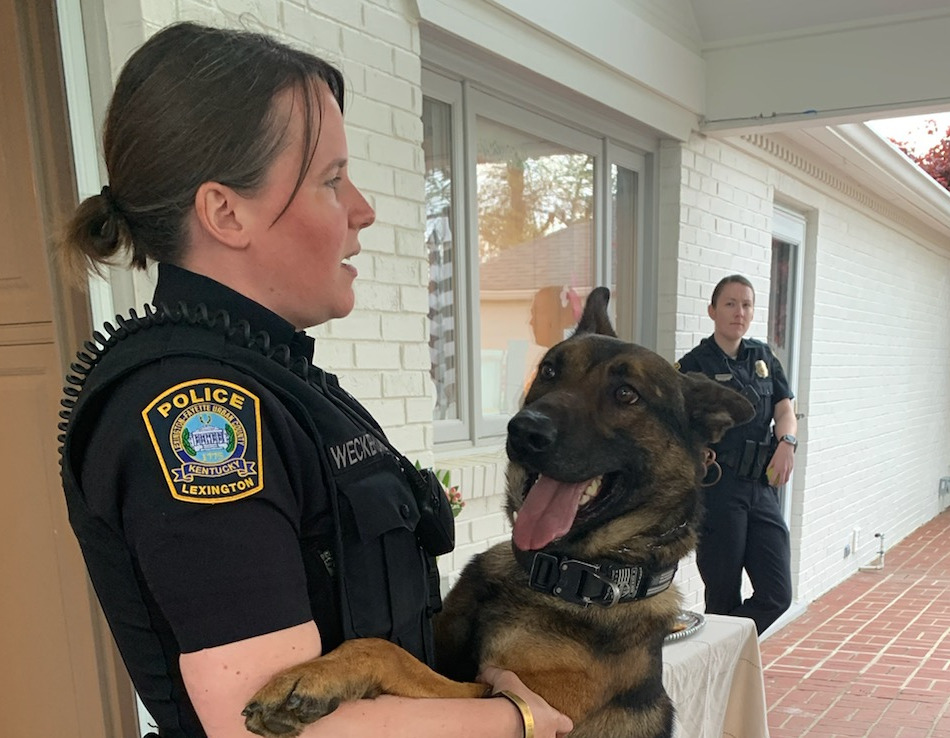 A small crowd gathered on the Allens’ back porch in the chilly evening Monday to hear the featured speaker at the GRI April 25th Business Meeting. Officer Kaitlin Weckerling and K9 Jax presented a talk and demonstration on the many uses our police train their canine counterparts for.  Jax, a three year old Malinois/German shepherd mix, came from a special kennel in Czechoslovakia. He is trained to “alert” his handler on 5 different illegal drugs – marijuana, cocaine, meth, heroin and crack, as well as to track and catch fleeing criminals. Though fairly new on the job, Jax has already been responsible for sniffing out a large amount of coke and over $200,000.00 in cash.  He is trained and rewarded with toys – not food.

The appreciative audience asked many questions and were treated with a
demonstration of Jax finding a knife hidden in the backyard by accompanying Officer Morgan Kelsey.  After the presentation, Treasurer Reports prepared by John Schmidt and Minutes of the October Business Meeting recorded by Sarah Lee, were handed out. Finally, the following announcements were made:

Thanks to Jennifer Allen for providing chocolate chip cookies and other snacks & for the use of their beautiful back porch!

Our next Bylaw-mandated Business meeting will be held in October.

The GRI will hold its bylaw-mandated general business meeting for residents at the home of ‘Jennifer’ and Ben Allen on Jamaica Court on Monday, April 25th. The meeting will take place at 6 PM and our featured speaker will be officer Kaitlin Weckerling and her dog Jax from the LFUCG K-9 unit. All are invited, rain or shine so be prepared. 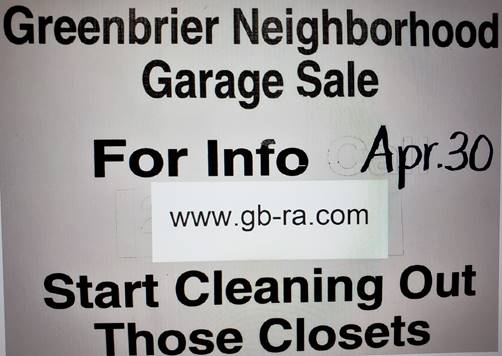 The Greenbrier Neighborhood Garage Sale is scheduled for Saturday, April 30th, from 8:00 AM until 2:00 P.M. Some sales will be held on Friday.

Please remember to watch you children and pets those 2 days.

The Greenbrier Neighborhood is a member of the Fayette County Neighborhood Association (FCNC) which advocates for neighborhood networking to better understand how our local government works and how development proposals may affect a neighborhood’s unique character. The FCNC offers public workshops, speakers, and educational meetings that support and preserve successful neighborhoods.  On the Table is an important element seeking public input into the future growth of our county.  Please see the info and meeting times below should you be interested in following up on one of these sessions. Thank you!

Dear Neighbors,
The Fayette County Neighborhood Council recommends signing up for On the Table this year, because the results will help Lexington make decisions on planning, zoning and development for the next five years.  University of Kentucky faculty are involved in compiling responses which will be confidential but with results available by neighborhood (for online responses) and by zip code (also for online responses).
The FCNC will be hosting On The Table meetings via ZOOM on these dates and times, each session will last from 1 to 1 1/2 hours:
Sunday, April 10 at 3:00 pm
Monday April 11 at 7:00 pm
Tuesday April 12 at 7:00 pm
Wednesday April 13 at 7:00 pm
Thursday April 14 at 7:00 pm
Please sign up for On The Table here:
www.ottlex.org/register 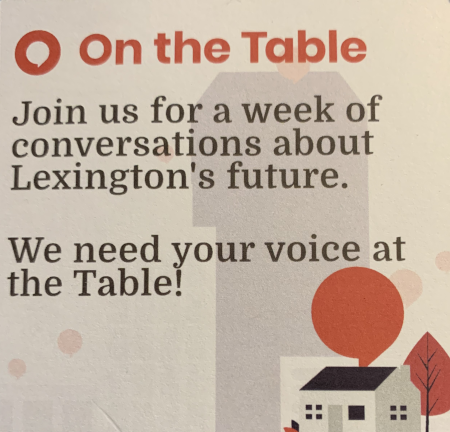 GB residents will be hearing a lot about “On the Table” – not for dinner reservations, but for civic engagement.  Participants from all over Lexington are invited to host or attend group discussions to answer questions relating to Lexington’s growth, quality of life, and other pertinent data during the week of April 10th to 16th.
For more information, log on to ottlex.org. or call 859.536.1334 and connect with “On the Table.”

Artist Aimee Griffith is featured in the Spring 2022 issue of the University of Kentucky Alumni Magazine.

If you need another reason to pay your GRI Dues, it may be for an invite to the Ladies Tea hosted by Chasity Hester and her team at her lovely home on Eleuthera Court. You won’t want to miss this members-only event which is sure to be extra-special. Invites will be going out soon, so if you haven’t already, please send those dues, still $100.00 , to Treasurer John Schmidt, 3556 Antilles today.